Having attended one METMeeting before (METM13 in Tarragona, Spain), my expectations for the Mediterranean Editors and Translators’ annual conference from 28 to 31 October 2015 at the University of Coimbra in Portugal, were high. Despite some practical difficulties on the way there, I was not disappointed. There were plenty of stimulating sessions and social events available, and during the three days on site we also managed to enjoy some extremely tasty bits of local cuisine, culture and history. The theme and title for this year: Versatility and Readiness for New Challenges, describes exactly what is happening in the language field, as the world, our tasks, and the ways and forms of working are changing. 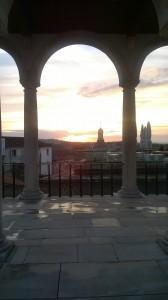 Due to the swapped-luggage hassle, I unfortunately missed the first workshop on my program: the use of singular they. This I am really sorry about because it is an issue I confront daily when editing, translating, or writing almost any type of text, and I really would have appreciated my native-speaker colleagues’ opinions and advice on the matter. According to the developer and facilitator of the workshop, John Bates, “grammatical authorities” have denounced singular they a barbarism and an affront to the language, while “descriptivists” defend it due to its function as a gender-neutral personal pronoun and its ability to represent indeterminate number. I must say that I frequently use they instead of he/she/it and find it a practical and diplomatic element in certain text types.

Another pre-conference workshop, which I did manage to attend, ably made up for the above loss: Irwin Temkin‘s educational an entertaining grammar-pathway take on voice aimed at “activating the passivists and passifying the activists”. This was a healthy take indeed, since we are so often told to either avoid the passive voice altogether or, by contrast, to prefer it in academic writing. The workshop helped us understand and remember that both active and passive voice are useful in all types of text and that many of the rules and recommendations we hear are more of a myth than practical solutions to improve readability, coherence and cohesion. Theme and rheme were appropriately mentioned at this point. Temkin’s exercises and examples proved that active voice does not automatically make sentences more concise nor passive voice reduce text dynamics.

We then heard a plenary talk from Laurence Anthony, an Englishman with an impressive language consultancy career in the academic world of Japan. He reminded us of the role of technology and science in the form of applied linguistics when providing language services and presented his method of corpus linguistics-based text analysis and editing. The benefit of this method to the readers of academic texts, however, remains unclear to me and could have been debated further. 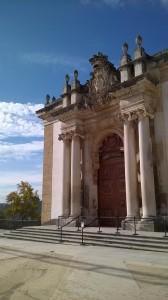 Another Englishman currently based in France, Andrew Morris, spoke to a room full of eager ears at one of the parallel sessions. This session was literally sold-out and beyond! People were sitting on the floor because we couldn’t squeeze any more chairs into the classroom. Morris has apparently become a very popular speaker in the translation field, and in addition to actual translation work, he seems to spend much of his time traveling and speaking at various events. Morris says that in order to move beyond the obvious and to really thrive in the translation business, we need an “invisible toolkit” that contains the values, beliefs and emotions that help make an impact on the market. After working many years in the corporate world and especially in marketing, I did not gain so much from this session compared to an average motivational business event, but I absolutely agree that attitude, philosophy, and emotional intelligence are needed in the translation field/industry, not to mention much better marketing and PR.

And then it was our turn; so exciting. My association Nordic Editors and Translators is an institutional member of MET, and we were altogether five persons representing NEaT at METM15 this year. Together with our chairwoman Julie Uusinarkaus, I had the chance to tell what is has been like to found a new networking and peer-training association for the Nordic countries (with thanks to MET’s excellent example) and what challenges and opportunities we are facing as we enter our third year of operations. I would like to thank MET and especially Stephen Waller for this opportunity to introduce NEaT to the attendants of the conference, and I’d like everybody to know that during and after the session, we received plenty of fruitful feedback, encouragement, and contacts to develop this “sister organization” further.

Due to participating the mentoring program of my alma mater the University of Turku in Finland, I was interested to hear what John Linnegar and Sarah Griffin-Mason had to say about “pracademia” feeding into effective continuing professional development (CPD) for freelance translators and editors in other countries, especially in the UK and South Africa. By “pracademics” they mean professional practitioners working alongside academics. There are various virtual methods, learning environments, and communication tools to utilize in mentoring so that geographical distance is no longer an obstacle that would prevent anybody from participating such programs or to stay clear from learning and networking throughout their careers. Through my own mentoring, I have been able to help four young translators access the field, three of them now working successfully through their own companies or trade names. Yes, they are now my competitors in a sense, but also colleagues and resources when necessary. Win-win-win! 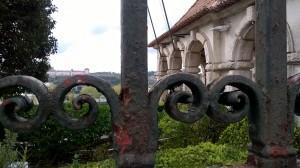 I am not specialized in academic writing or legalese, but I am being offered and do accept my share of related assignments, which is why I enjoyed very much listening to Karen Shashok talk about social science discourse conventions and Rob Lunn about translating contracts with confidence. There are some elements in contract writing that need to be expressed in a “standardized” way, but it is always such a relief to hear a specialized colleague say that it is perfectly OK for a contract to be written in a style that can be read and understood by anyone, not only lawyers. This is my usual precondition to clients who request legalese.

Translation topics got more technical towards the end of the conference. I learned about managing and cleaning translation memories (TM) from Alan Lounds and about controlled natural languages (CNL) as a source for machine translation (MT) from Jennifer Gray. The way she puts it, CNL is a set of instructions for improving the readability and comprehensibility of certain texts, a list of dos and don’ts regarding grammar and syntax, and a dictionary of accepted and prohibited terms. CNL can be used by translators to pre-edit texts to make them more suitable for machine translation. Her examples were from Spanish to English, two languages that are more closely related than minority languages such as Finnish and Swedish, between which machine translation using Google Translate does not yet work on a practical level. However, this is an interesting angle in relation to post-editing that I’ve addressed in my previous blog. 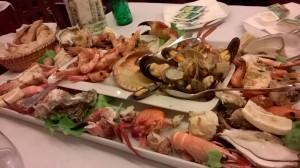 Thanks to Kelly Dickeson, Kymm Coveney, Fiona Kelso and Irwin Temkin, we got a special treat this year in the form of “translation slam”. Although this off-METM event took place very late in the evening in the trendy Casa das Caldeiras, I had the energy for it after an abundant seafood dinner and some vinho verde in a local “marisqueria”. (I also downed my very first oyster there…) The slam was about creating two new “quick” translations of an excerpt from Cervantes’s old piece of writing from Spanish into English and comparing the versions with each other as well as with the published version. This was a great idea and experience, and I hope the fun will continue as a tradition in future METMs.