Translating a certain Finnish classic into English is no easy task

What is more important to take into consideration when translating a piece of literature from a fairly unknown culture of five million or so speakers to a potential audience of up to 400 million readers: re-generating the author’s linguistic innovations or telling the story to achieve a healthy reception on the target market? This is one of the many questions Professor Douglas Robinson has had to consider in his lifetime task of translating some of the most important Finnish novels into English. 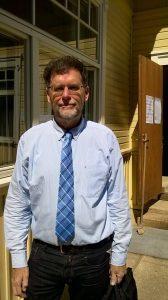 Robinson was born in Indiana in the 1950s and came to Finland for the first time as an exchange student in the beginning of the 1970s. He studied and started his academic career in the University of Jyväskylä, then returned to the US for his doctoral thesis. After that he has worked as a professor of English and translation studies at the universities of Tampere, Mississippi and Lingnan. He is currently Chair Professor of English at Hong Kong Baptist University. In the summer, he can be found visiting Finland for various reasons, often lecturing, like he did this year at the Volter Kilpi literature festival in the small village of Kustavi.

Douglas Robinson has translated into English various Finnish books, including the most important works of Aleksis Kivi: The Brothers Seven, Heath Cobblers, and Kullervo; and he has written a book about Kivi’s literary output as world literature, as well as many academic texts and textbooks. As if Kivi was not a big enough challenge, Robinson is now onto Volter Kilpi, Finland’s equivalent of James Joyce, who has been said to be too difficult to translate. Impossible, no, said Robinson, but certainly not easy. He will tackle the task for real after retirement from the university.

Robinson has already worked on Kilpi’s early production, which he said, after having handled Kivi, is fairly exact material in a familiar register that is rather easy to translate. However, he has had to decide, for example, whether to follow Kilpi’s national romantic aspirations, which sprouted from the political battles of the time and would probably not be understood by contemporary English-speaking audiences. In the 1930s, when creating his magnum opus Alastalon salissa (“In the Alastalo Greatroom”), Kilpi wrote using a type of Socratic irony, which forms a realm of its own and leaves the translator with plenty of, if not too much, room for interpretation. In addition, when in need of a word and not finding one, Kilpi invented totally new expressions, the meaning of which we can only guess about now that the author is no longer available to approach. Translating “the Greatroom” is not an easy task for sure and one that is likely to take a lifetime, trusting one’s guts more than accuracy or fidelity, but we have great expectations that this literary masterpiece will one day be available to read in English. It must be possible, as Saarikoski was able to do the deed with Ulysses into Finnish.

The presentation that Douglas Robinson gave in Kustavi in July 2017 was called “Volter Kilpi kääntäjän silmin“. He is fluent in Finnish and available to lecture about translation studies when visiting Finland.